In a quarry that’s still operational, sand martins who have lost their natural habitat have taken refuge in piles of sand. It’s a precarious shelter that threatens the whole colony. On the initiative of a swallow enthusiast, the quarry company is mobilizing major resources to build them a durable shelter in the form of concrete nesting structures.

Thanks to this unique and spectacular work site, the nesting structures symbolize a new medium for reviving relations between the industrial world, humans and nature. 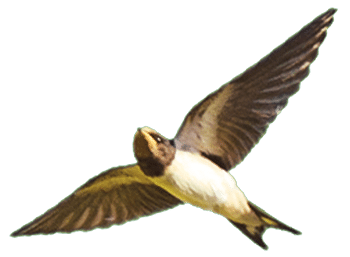 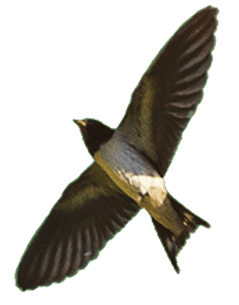 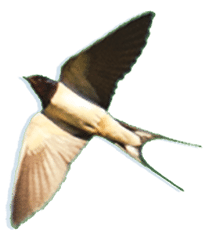 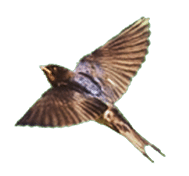 Life is marked by encounters. And when one meets a man like Claudy Noiret, it’s impossible to forget him.

When this optimistic activist crossed the threshold of “Les Petons” quarries at Walcourt, he had no idea that his dreams for sustainable nesting places for the sand martins were going to be realized, exceeding even his wildest hopes.

Because life is about encounters.

And Sami Limam quickly understood that it was time to face his responsibilities regarding the wildlife that had taken refuge in his quarry.

The two men respect one another and appreciate each other’s company. They decided to move into action. And they agreed that it would be a good thing to tell the story of what they had decided upon. Who could do that?

Since life is all about meetings, the one which I had with Claudy Noiret can be resumed in seven letters. The word “meaning” is the one which links us. We had already met on earlier film shoots. And when Sami asked “do you know anyone who could handle this film?” Claudy replied “yes, I think I have someone in mind”. And I received a gift.

And so it was that the adventure of “Swallows and Men” was born. An adventure made possible thanks to the patronage of “Les Petons” quarry. When the right people make contact at the right moment for the right thing, nothing can get in the way of success.

My life has been one of encounters.

Encounters which tell stories. And sometimes they even become a film.

With a microphone in her hand, Murielle has almost travelled around the whole world. She has been sharing her findings with the listeners of RTL for more than 15 years. And then came TV and with it the urge to project her interviews to a viewing public and to tell a story. Her first film was a boat-movie on the Saint Lawrence River. A few years later with her filmmaker diploma in her back pocket, she started filming documentaries covering subjects which are dear to her heart: humans, social inclusion, solidarity.

With “Swallows and Men” she looks at the relationship between the industrial world and nature. She defines herself above all as a "storyteller" who likes to bring out the best in her characters. And she likes to back up her story with a script which is both sensitive and philosophical.

The making of « Swallows and Men » is the first collaboration between Murielle Decarpenterie and Sébastien Pins. Forever looking for the best use of light, Sébastien has strong ideas in his choice of setting.

He has also made successful nature films. He has already completed more than 500 short films around the world and has been attributed more than 100 Awards at the most prestigious film festivals, including certain “Oscar™ Nomination Festivals”

Sébastien immediately bought into the story that Murielle wanted to tell. An all-powerful industry which mobilises in defence of a fragile species. And this meaningful project is perfectly aligned with his values and vision of the world.

Known to the general public as a television presenter in France and in Belgium, Tatiana Silva is also a sensitive and spiritual young woman. Her motto is “Take good care of yourself”.

Some months ago, she published her first book on the subject of personal development entitled “Everything Begins with You”.

When Murielle Decarpenterie contacted her to present the narrative for the film, it was her dream come true to realise just such an experience: providing voice-over for the cinema.

Always in search of self-improvement, Tatiana only takes on projects which make sense.

Her voice-over is in beautiful harmony with the film “Swallows and Men”. This is because Tatiana Silva speaks with her heart and with her values. And it is this sincerity which gives the film a little extra soulfulness.

Visual arts and music punctuate his life. He has a deep desire to offer benevolence and harmony in this world. So to transmit his values, he uses the language which he masters best: that of music.

Damiano is a member of two groups: O.R.A. ethereal and contemplative soundscapes and also Brumance, which allows him to develop his electronic inspiration.

These are highly contrasted universes which he has dedicated to the film “Swallows and Men” together with a touch of sound design in support of the world of industry and a more organic side which symbolises the sand martins. And just as in the story told in the film, all these shades of atmosphere come together. Damiano has succeeded in linking them with his art.

Murielle Decarpenterie and Damiano Perri have collaborated in the past on previous documentaries. Damiano’s deep humanity and talent, the immensity of which he has scarcely begun to realise make him an artist with a magnetism and mysticism in need of urgent discovery.